Selina Johnson Tees-Off for Education
Selina Johnson is the first African American woman to ever to receive the prestigious Card Walker Award for outstanding contributions to junior golf. Ms. Johnson is also in the International Afro-American Sports Hall of Fame based in Detroit, Michigan and the African American Golfers’ Hall of Fame “West Palm Beach.”

Through her Hollywood Golf Institute, Selina Johnson has introduced over 4,000 young people to the sport of Golf.

A Detroit native and mother of Jamila and Norris, Ms. Johnson began her program in support of her daughter’s interest in the sport of golf. She implemented training principles for her daughter, who went on to graduate on a full scholarship at Jackson State University.

Known as “The First Lady of Golf,” Selina Johnson was awarded The Outstanding Achievement Award from Detroit Mayors Coleman A. Young, Dennis Archer, Kwame Kilpatrick and Kenneth Cockrel for her commitment to developing the youth in the city of Detroit.

Since founding The Hollywood Golf Institute in 1983, Johnson has made significant contributions to young people ages 4 to 23 including many college students across the country. Beyond her many personal awards and achievements, she is most proud of her success with young people. “My kids are focused by the age of 6 and they know what they want out of life; all my kids have a C+ grade point average or better,” said Johnson emphatically.

Ms. Johnson has also taken her student/golfers on group trips to over 20 states to witness such exclusive golf tournaments such as the U.S. Open, the PGA Championship and The Masters.

In his reference to Selina Johnson’s program, Senior Promotion Manager for Titlists and FootJoy Equipment, Craig Bowen delivered this message that accompanied his company’s corporate commitment, “Selina’s program is a golf program, but it deals more with citizenship and good living.”

As a non-profit organization, The Hollywood Golf Institute relies on support from community donations, family fees, and corporate sponsors. Mindful of the painful scars that decades of discrimination have placed on the sport of Golf, Johnson credits Tiger Woods with opening the country club doors for minorities.

“Tiger Woods was biggest shot in the arm the golfing industry has ever had,” Johnson said. Perhaps that’s why she plans to take full advantage of that open door by expanding The Hollywood Golf Institute to New York, Atlanta, Chicago and Hollywood, California.

The Hollywood Golf Institute is a
501-C3 Non-Profit Organization
313-338-4011
hollywoodgolfinstitute@gmail.com 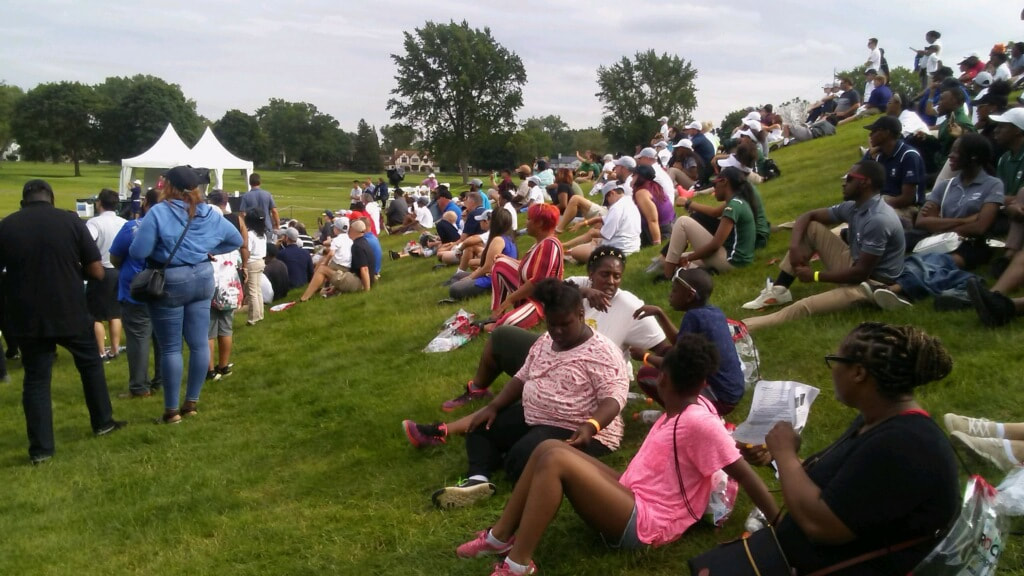